Atari developers and programmers clearly loved space based shooters! I suppose it was a sign of the times with Star Wars and Star Trek being such huge movie franchises in the late 70’s and early 80’s, so it was inevitable that there would be space based games in the arcades and home game consoles around that time as well.  Developing something fresh and unique would prove to be the most difficult part of this process and even if you were going to trot out an old formula for a new game, it better look and play great in order to set itself apart from the rest of the pack. The rest of the games in my collection (that I haven’t already discussed) that I consider space related are as follows: 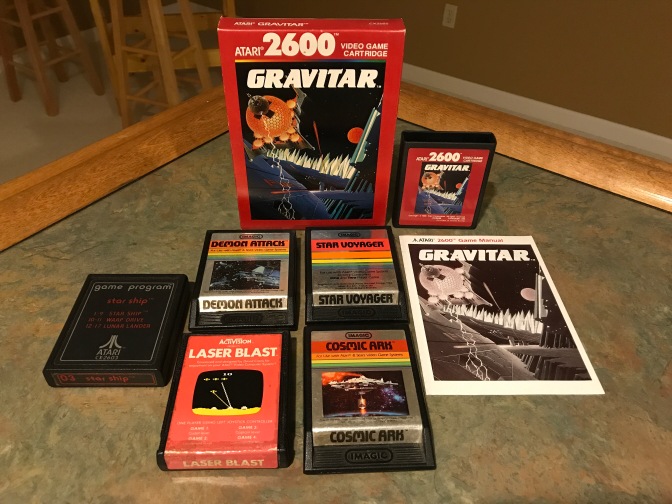