My final Gamecube specific post of the month is just a hodgepodge of games, some I’ve played frequently, some not at all, but fill out my existing Gamecube collection. Survival horror games have always intrigued me and the ones I’ve played (e.g. “Silent Hill”, “Resident Evil: Code Veronica”) have been stellar so I made sure to pick up the 3 Resident Evil games available on the Gamecube. The original “Resident Evil” gets a complete overhaul/makeover for this updated version of the 1996 PlayStation classic. From what I’ve seen of the Gamecube version that was released in 2002, it is well worth the extra cash even if you have the PlayStation version. “Resident Evil Zero”, also released in 2002, is a prequel of sorts to the original RE and plays very similarly. If you like the RE franchise and the remake for the GC, there’s no reason to believe you won’t enjoy RE Zero. The fourth installment in the franchise, “Resident Evil 4”, is considered by many to be the best game in the series and maybe even the genre as a whole. Originally conceived as a Gamecube exclusive in 2005 but ultimately released for every major console during 2 console generations in the 2000s, most remember this epic adventure as a Gamecube title. Capcom really set the bar high for the “Resident Evil” games after these titles were released.

Another less well known action/adventure Capcom title for the Gamecube, “Viewtiful Joe”, is cartoony 2D looking side scrolling beat ’em up providing a unique visual experience. The game itself has some quirks and innovations but at its heart, it’s a button masher like most beat ’em ups. “Viewtiful Joe” more than just eye candy, however. It’s a good game, but nothing spectacular but I would still recommend picking up a copy on the cheap if you can find one.

As I have mentioned before in posts covering sports games from my collection, I was quite a fan of the sports titles ever since games like “Tecmo Super Bowl” and “NBA Live” sucked me in years ago. By the time the Gamecube was released, I was really into sim-style sports games that allowed for me to play as a single team for season after season. I was the head coach, the GM, the strength & conditioning coach, the offensive & defensive coordinators, all of it! What better way to take total control of a team than in the college ranks? In college football, players can only play for a maximum of 4 years so you better put in the work in to recruit replacements in order to maintain a level of excellence. For that reason, plus solid gameplay of course, I played EA’s “NCAA Football 2005”. I would use my favorite college team, the Wisconsin Badgers, for numerous seasons played back to back to back. I can’t tell you how many National Championships, Heisman Trophy’s or NCAA records I broke with the Badgers over the years I played “NCAA Football 2005” but it never got old until I finally retired my Gamecube. I also played “Madden 2005” & “NBA Street Vol. 2” quite a bit as well. Both are quite fun in their own very different ways. “Madden 2005”, of course, is part of the annual football simulation series with updated rosters and possibly a new feature each year. This Gamecube effort was good, but I don’t remember playing it nearly as much as “NCAA 2005”. “NBA Street” on the other hand, is pure street ball fun. You can play on rooftops, well-known New York City b-ball courts and essentially play 2 on 2 ball like you might have as a kid. “NBA Street Vol. 2” has a create a player feature and I recall creating a player that was close to 8′ tall making it quite comical to see hi towering over the rest of my opponents (and teammate). “NHL Hitz” is a popular hockey franchise so I picked up a copy of “NHL Hitz Pro” in the same Gamecube lot that earned me the black console, but I have yet to play. 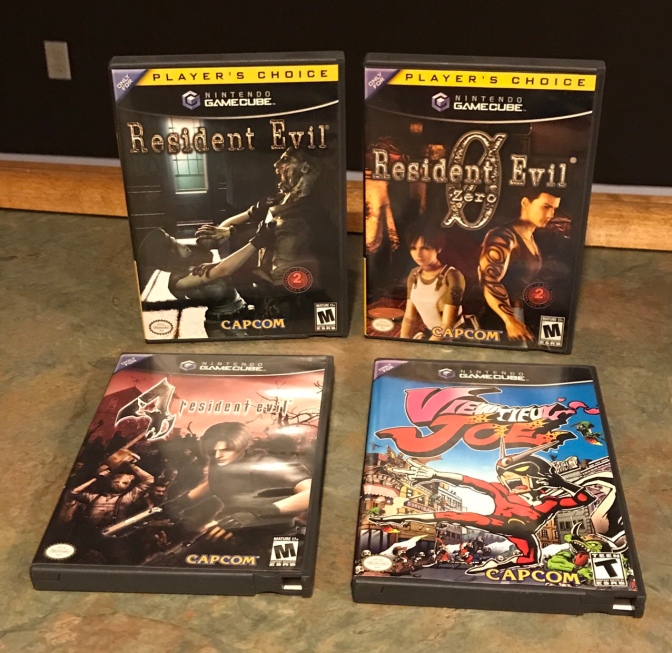 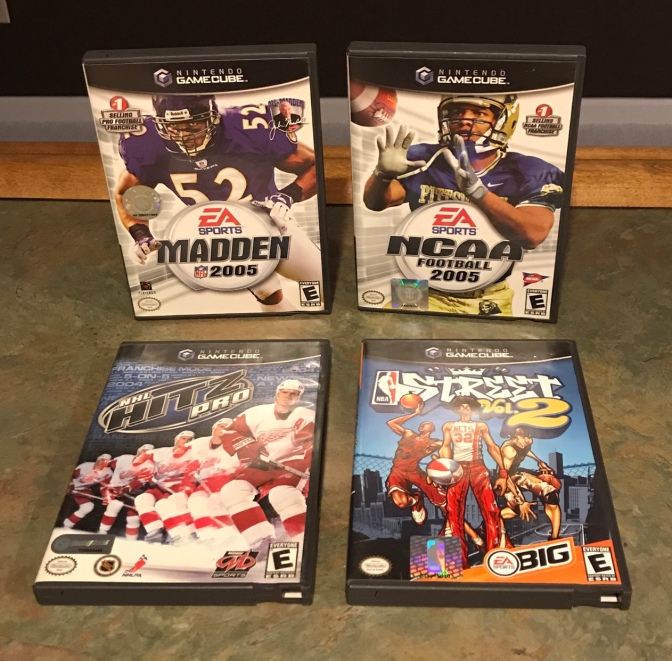